The last two days have been a bit mind blowing. I've been incredibly challenged both  academically/theoretically and in terms of peacebuilding practice. Yesterday we spent the morning talking about the ways in which master narratives - the stories in which we organize our lives - inform, create and maintain unjust/violent relationships. Dr. Stephen Ryan applied this concept to the intractable conflict in Cyprus, suggesting that successful transformation of relationships requires creating a new narrative that allows us to re-imagine our own identities and our relationships across group lines - something that has yet to happen in Cyprus, nor fully in Northern Ireland, nor perhaps in Montana, between our own indigenous and settler populations.

We also heard from Dr. Brandon Hamber, a South African who spent years as a mental health worker providing victim services alongside the Truth and Reconciliation Commission. The Commission was a massive project which collected over 35,000 stories of political violence under apartheid, and also offered amnesty to those who came forward and publicly acknowledged their crimes. Dr. Hamber talked about the successes and limitations of that project in meeting community needs for justice, reparation, and healing. I wondered what (if any) value might reconciliation projects have in Montana?

The formal day concluded with a lecture titled "Parades, Flags, and Memorials: Conflict and the Occupation of Public Space," which engaged us in thinking about the ways public spaces are used to support the dominant power structure (say, statues of political leaders) or disrupt the dominant power structure (like the Occupy Movements). I found myself thinking of sports arenas as public spaces and the debates we have in Montana about the use of Indian mascots for predominantly white teams...

And that was just yesterday! Thankfully, we ended in a pub with traditional music (and a dog) and I was given my first nickname - "bus stop" (a reference to the one hearing ear I have...better than the poor bloke who ended up with "tea-bag"). 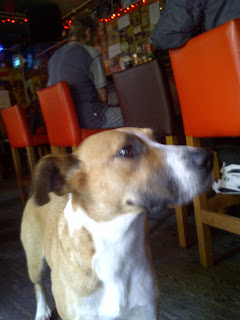 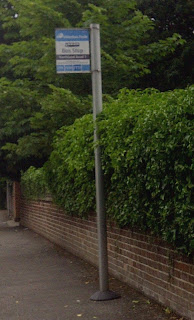