Yesterday we toured the Royal Palace, home of Cambodia’s King. Cambodia has long been a monarchy, and though they are moving toward a democratic system of governance, the people have a great deal of pride and allegiance to their royalty. I was struck by the beauty of the place – the incredible architecture and impressive riches: solid gold and emerald Buddha’s, silver tiled floors, enormous jewels. 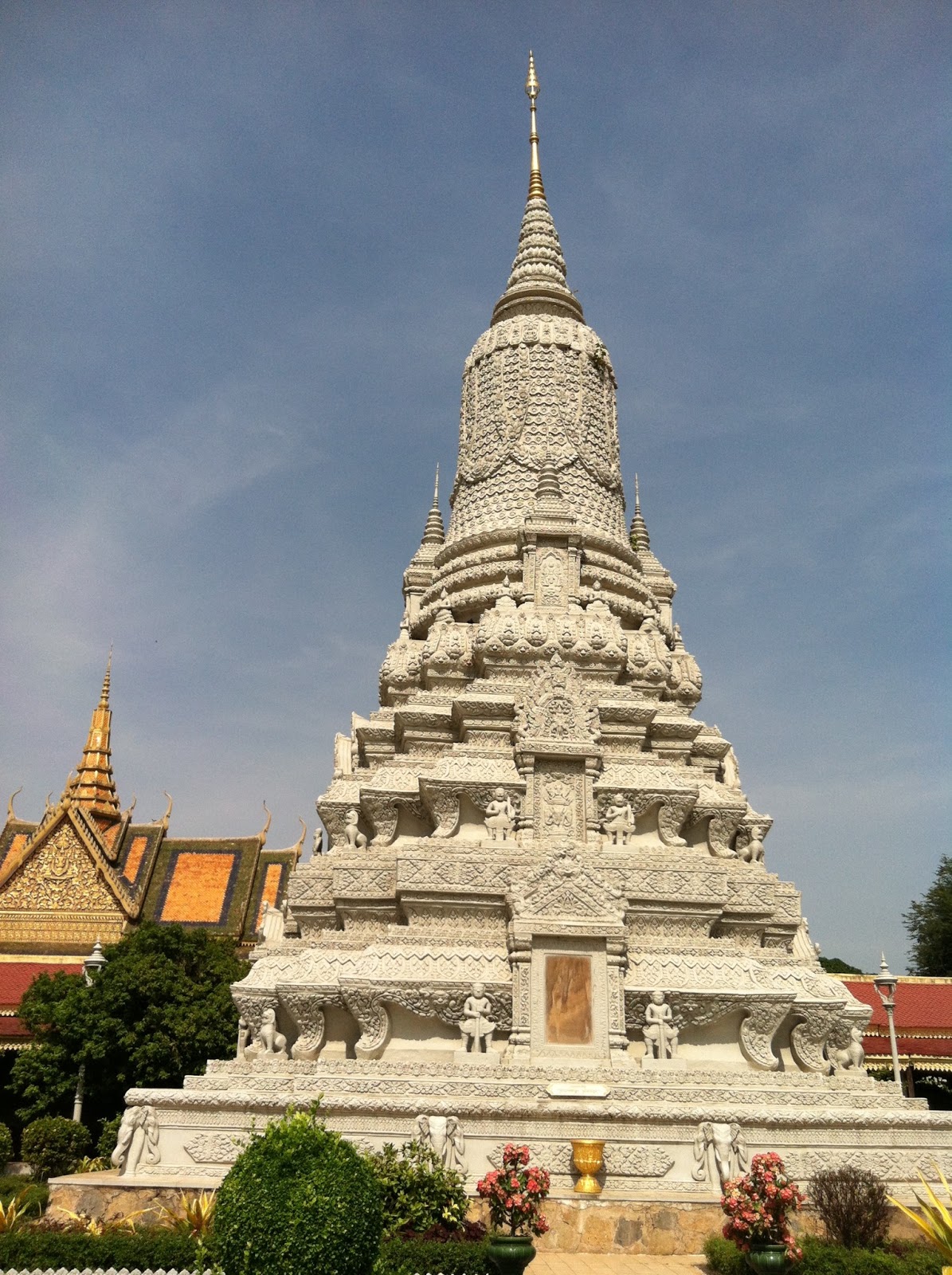 And I was also struck by the fact that the Royal Palace sits just blocks away from the children’s hospital, where families with sick children wrap around the block waiting – sometimes for days- to receive medical care for their babes. As in my own country, the gulf between the wealthy and the poor is staggering.

After my first few days marveling at the beauty of the Cambodian people and the rich variety of their skin tones, body sizes, and facial features, I could not help but notice that the frescoes inside the Royal Palace depict masses of Cambodian people as tall, pale skinned, and with Anglicized features.  Since we have arrived I have been heartbroken by the prevalence of white women used in Cambodian advertising, to learn of our Cambodian friends use of skin-bleaching creams, and to hear one colleague remark of her beautiful baby girl, “I don’t know what happened, she was not so dark when she was born.” Oh, how the pervasiveness of white dominance continues to rob all women of a full sense of their inherent worth, value, and beauty.

Yesterday we also visited the U.S. Embassy and met with two representatives from U.S.A.I.D., who shared their perspectives  on the biggest strengths and challenges facing the country today, and the role of the U.S.A.I.D in meeting those challenges.

(they don't let you take pictures in the embassy...they do make you check your belongings. And look, friends, what number my coat check was?!)

U.S.A.I.D are funding NGO’s working to support food security and economic development, to encourage transparency in the electoral process, to foster human rights and improve access to justice, to protect vulnerable populations from trafficking, and to promote public health, among other things. They had much to say about the challenges (entrenched economic disparities, cultural norms that subjugate women, pervasive corruption), and were a little slim on strengths. Bopha reminded them, “You know 70% of our country is youth (under 35), and they are our greatest resource. Many in our generation are passionate about their future, and they are not just waiting for employment - they are creating their own employment.” Framing her comments in the context of the 2015 move to Asian integration, she challenged U.S.A.I.D. to develop a strategy to prepare the country’s youth to not just be workers for the region, but to be managers and directors as well, so that Cambodians can have the opportunity to take the lead in industry and governance of their country's future.

Today Mealia, Bopha, Olivia and I drove four hours southeast of Phnom Penh through the province. Our Cambodian sisters wanted to take us to the mountains, where it is rumored you can touch the clouds, and also to swim in the sea. 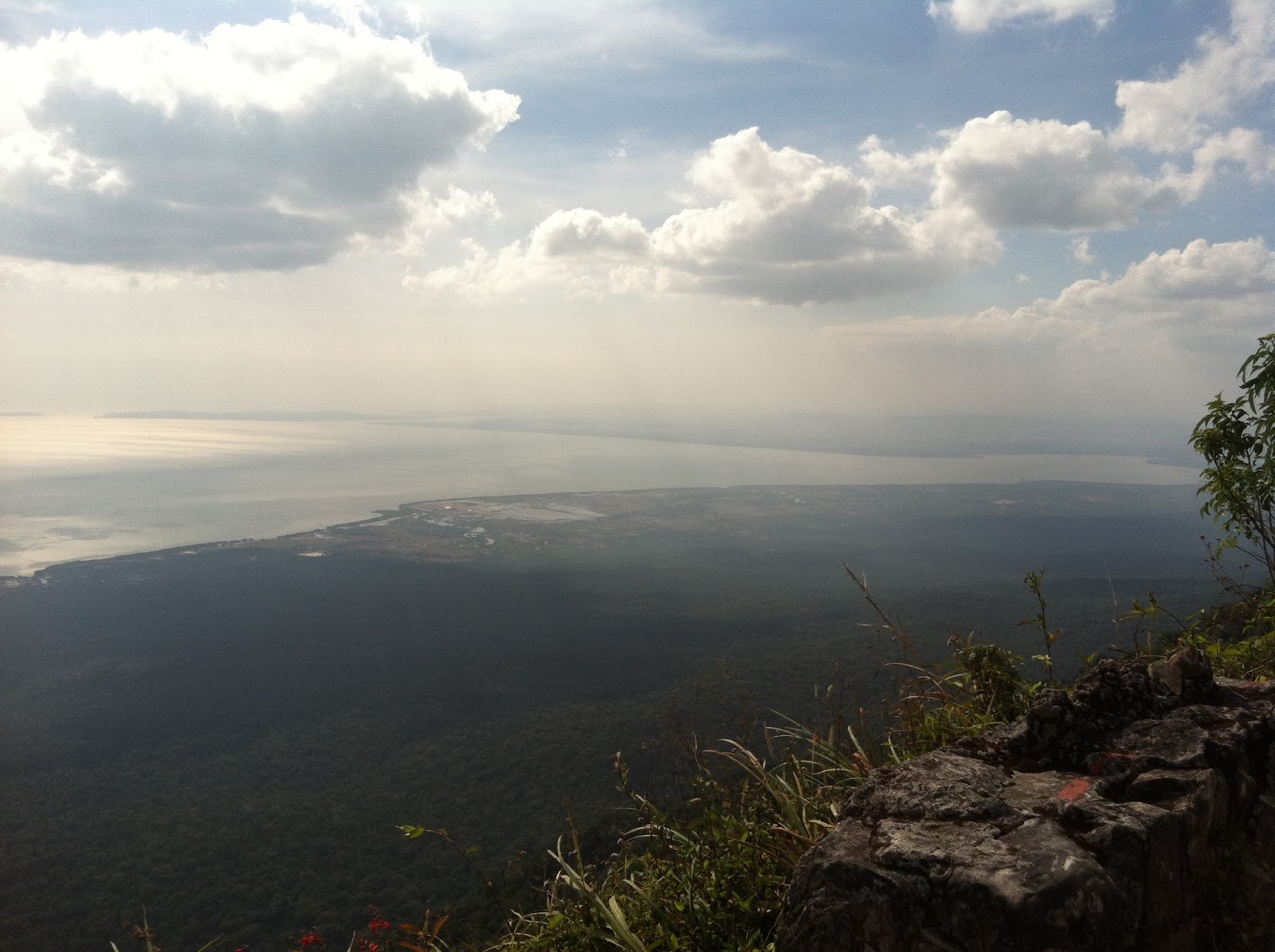 The view from the mountains

After two days in the city, I am soaking up the sights and sounds of rural life: Houses built on stilts to plan for the seasonal flooding, which double by offering a shady area for people and animals in the hottest times of the day. Plump water buffalo, tiny cart-pulling horses, and agile cows who work the fields and later feed families. Everything imaginable being hauled by motorbike, including a half-dozen butchered pigs, a semi-trailer full of plastic containers, and a father bringing four children home from school. 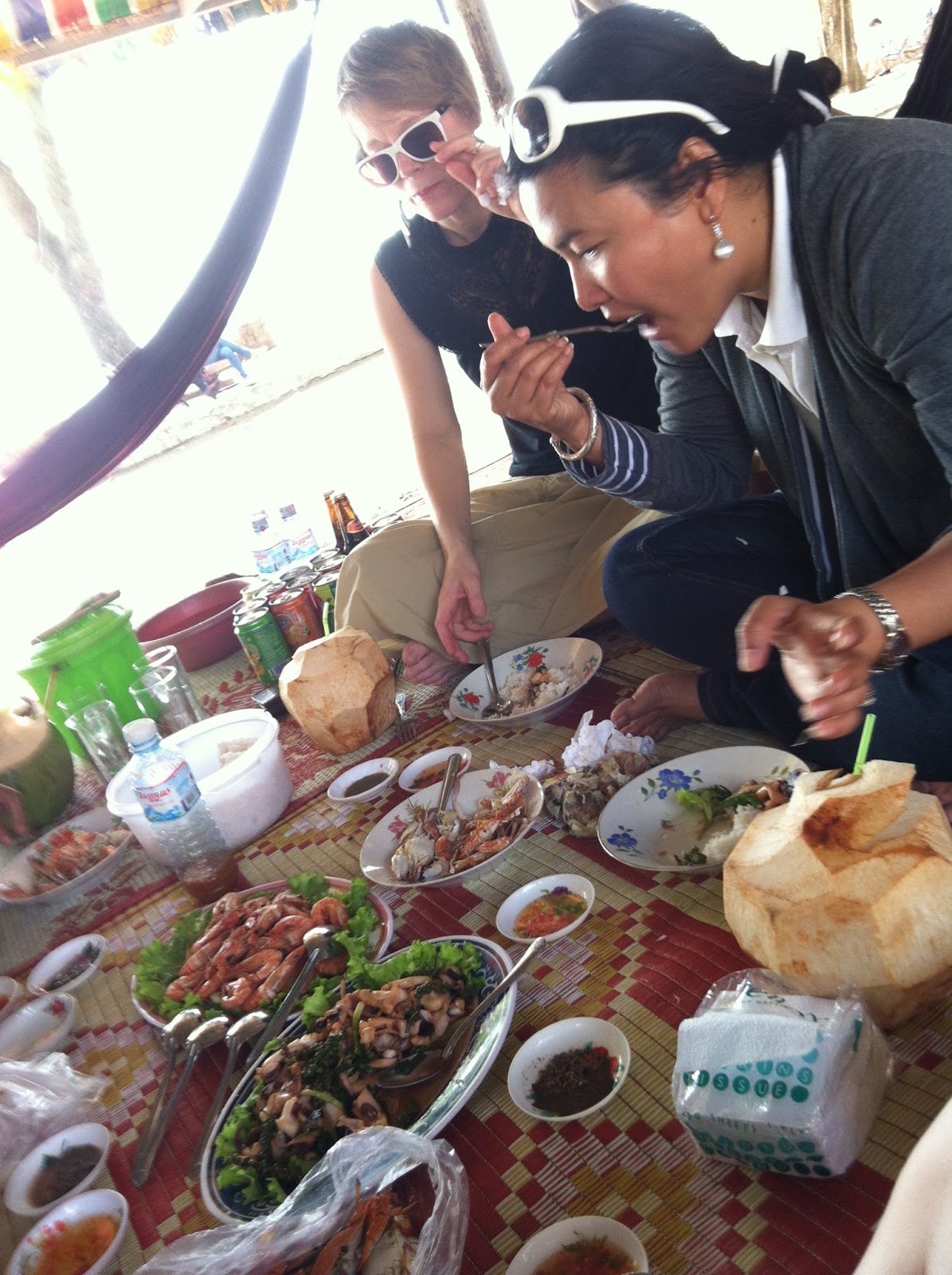 Mealia and Olivia at our roadside feast.

Along the way Mealia, age 33, shared something of her life story, the first ten years of which were spent in the refugee camps after the Pol Pot regime. I asked her to consider having me record her story for her to keep, and perhaps for me to share. More on that to come. Now, sleep. 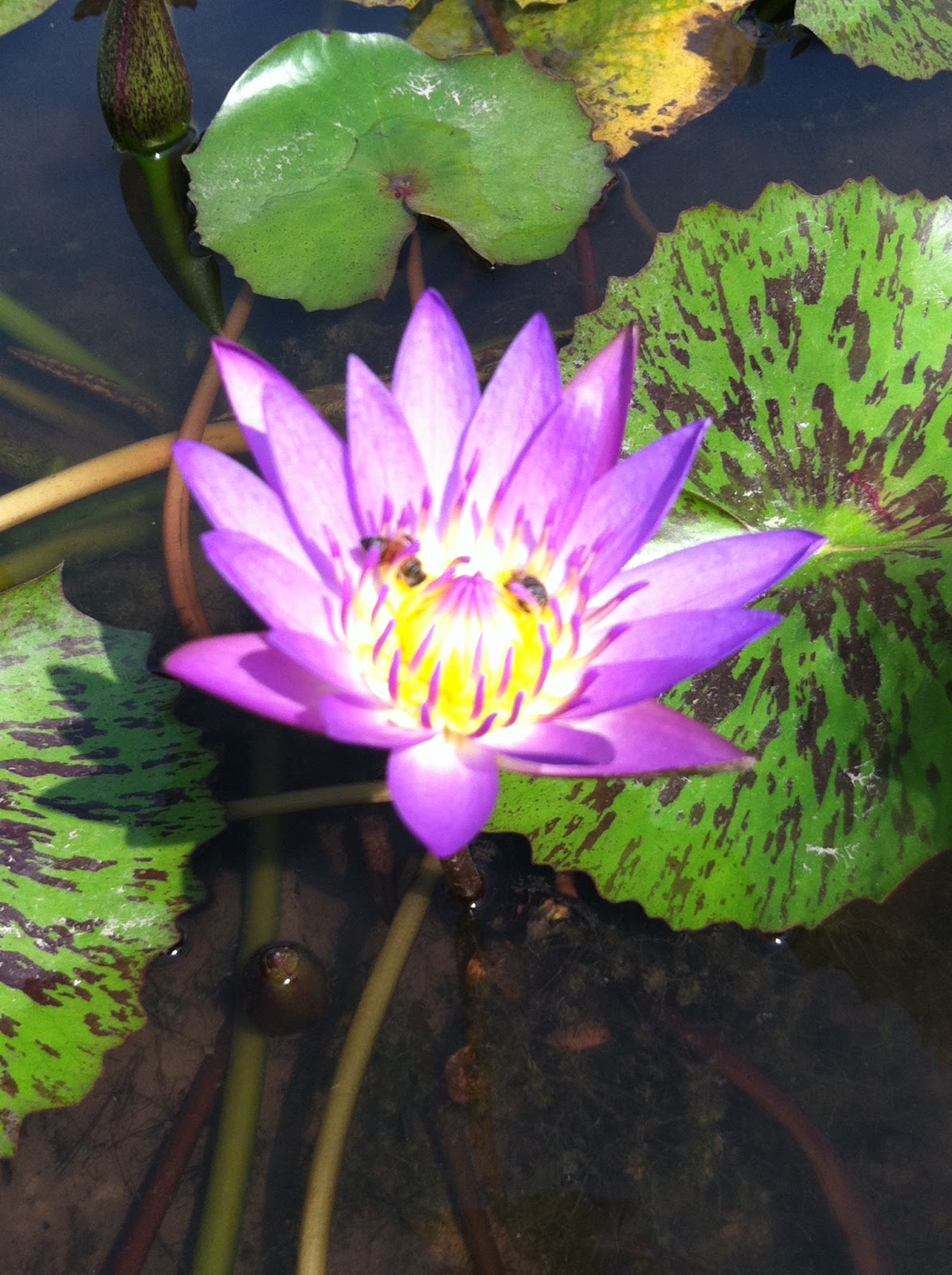