We spent last night in Sihanoukville, a beach community with a beautiful natural setting that has been (oddly) developed by Russian immigrants over the years. This morning Bopha took me to breakfast with her student and friend, a 40 year old woman who has achieved great success. She came from a poor family and attended school through 6th grade. She worked various jobs as a young woman, eventually selling tickets at the bus station. Over time she rose in the ranks, and then eventually bought the bus company. She added an internet/phone service, then a hotel, and finally a restaurant. Her business was so popular, she decided to add more locations in her town – and started four more branches, each co-owned by one of her sisters. She hopes to be a role model in her country and inspire others to imagine a better future for themselves.  Having met so many training organizations here that provide “soft skills” – leadership development, conflict management, and empowerment, I have been thinking a lot about the role of empowerment. Given  the institutionalized inequality and persistent corruption, dreams alone cannot change a life or lift a country. None the less dreams are a requisite step toward mobilizing people to action. 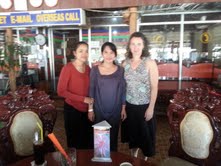 
Bopha had to leave town early to get back to Phnom Penh, and so we were four: Mealia, Olivia, myself, and our driver, Bpoo. We went to the sea to swim (Bpoo took pictures and laughed at us), and Olivia and I tried to teach Mealia to float on her back…she said, “I feel like I am flying!” 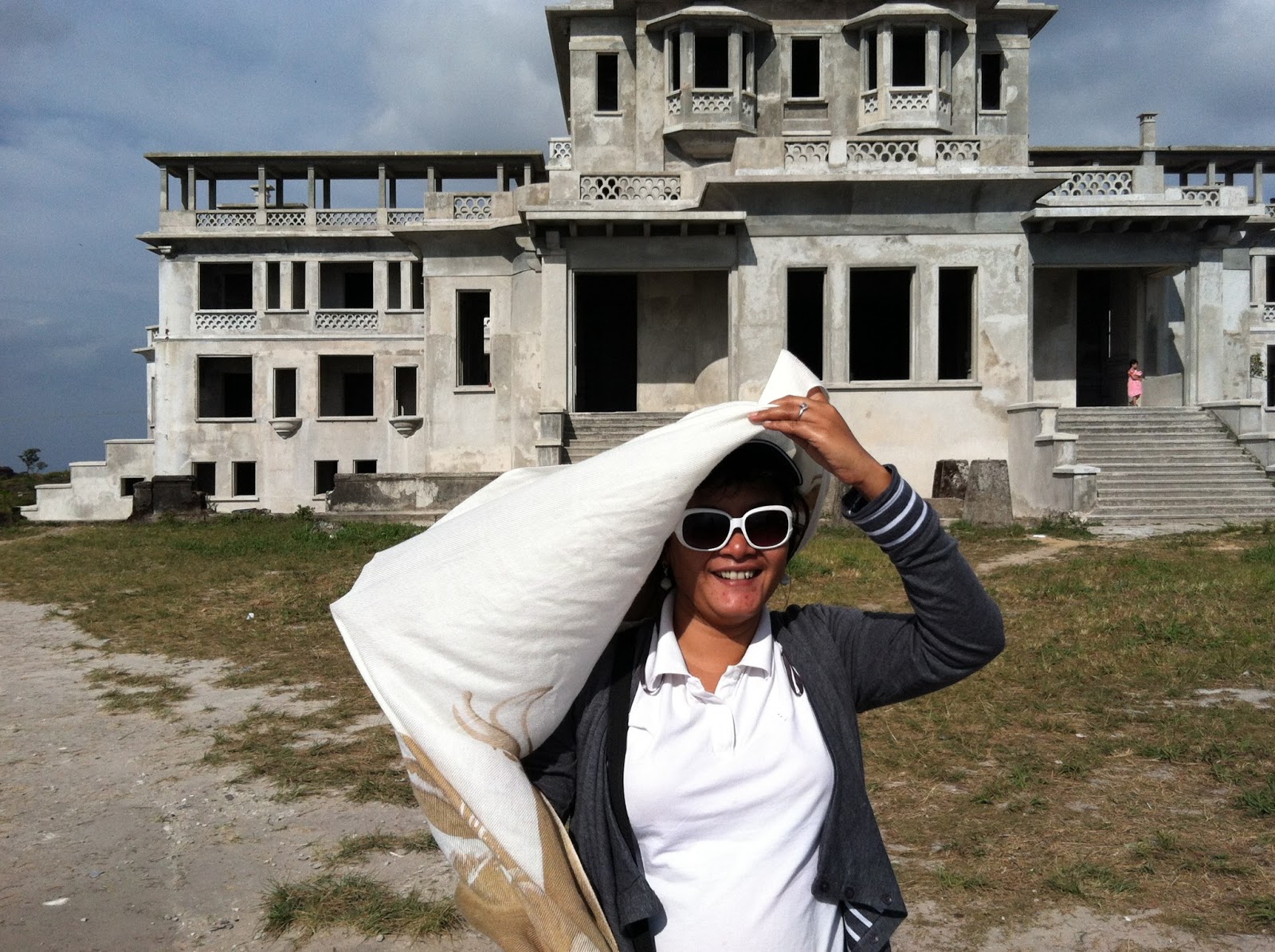 On the drive back I pulled out my computer and typed as Mealia repeated much of the life history she had told us yesterday. She shared some new stories, and didn’t want me to type others. I will send it to her tonight to review and think about what is right to share now, and what will have to wait for another time. At the end she reflected that her Buddhist beliefs have been a big part of what carried her through her life. As she talked about some of the ways these teachings had helped her, I asked if there was a book she would recommend for me. “Well, there are 110 books of Buddha’s teaching, but I think some might be not the right place for you to start. I can boil it down to three sentences: don’t do the bad things. Do the good things. Have a pure heart.”

We were travelling by van – a 12 person passenger van – and at that moment I noticed people on the side of the road looking for a ride and said, “I think the good thing would be to pick up these people.” Mealia said yes, and told  Bpoo to stop if there were people. He responded that he would have stopped sooner if he knew it was ok with us. We picked up a person or two every several miles, some men returning home from their work building roads, others women coming home from garment factories, and lastly a young woman and her baby, travelling with her mother. The baby had fallen from 3 meters the day before, and was having seizures, and they wanted to go to the free children’s hospital in the capitol city. The passengers all thought they were getting in a taxi, and asked, “how much?” when they boarded (we have learned in Cambodia the price is often good if you negotiate before the transaction – and not so good if you wait). Mealia explained there was no cost, it was just a free ride. The grandmother was very relieved – she had just come in from harvesting rice, and did not have time to borrow money or pack food before her daughter thought they needed to leave to get the baby to the hospital. We stopped taking in passengers at that point, and delivered the 10 in tow to their stops, finally dropping off the baby, mama, and grandmother at the hospital, and giving them a little money for food and transportation back home. They thought they would be waiting in line at least overnight to be seen.

When Bpoo dropped us off at the hotel, he said to us (through Mealia) “so, you got to see a little bit of Cambodian life. You did a good thing today.” We replied that we ALL did a good thing today and he answered, “yes, you gave her some money. I did not have money to give, but I had my hands and feet to drive them here.”

The challenges here, like everywhere, can be daunting. We can start with what is in front of us. 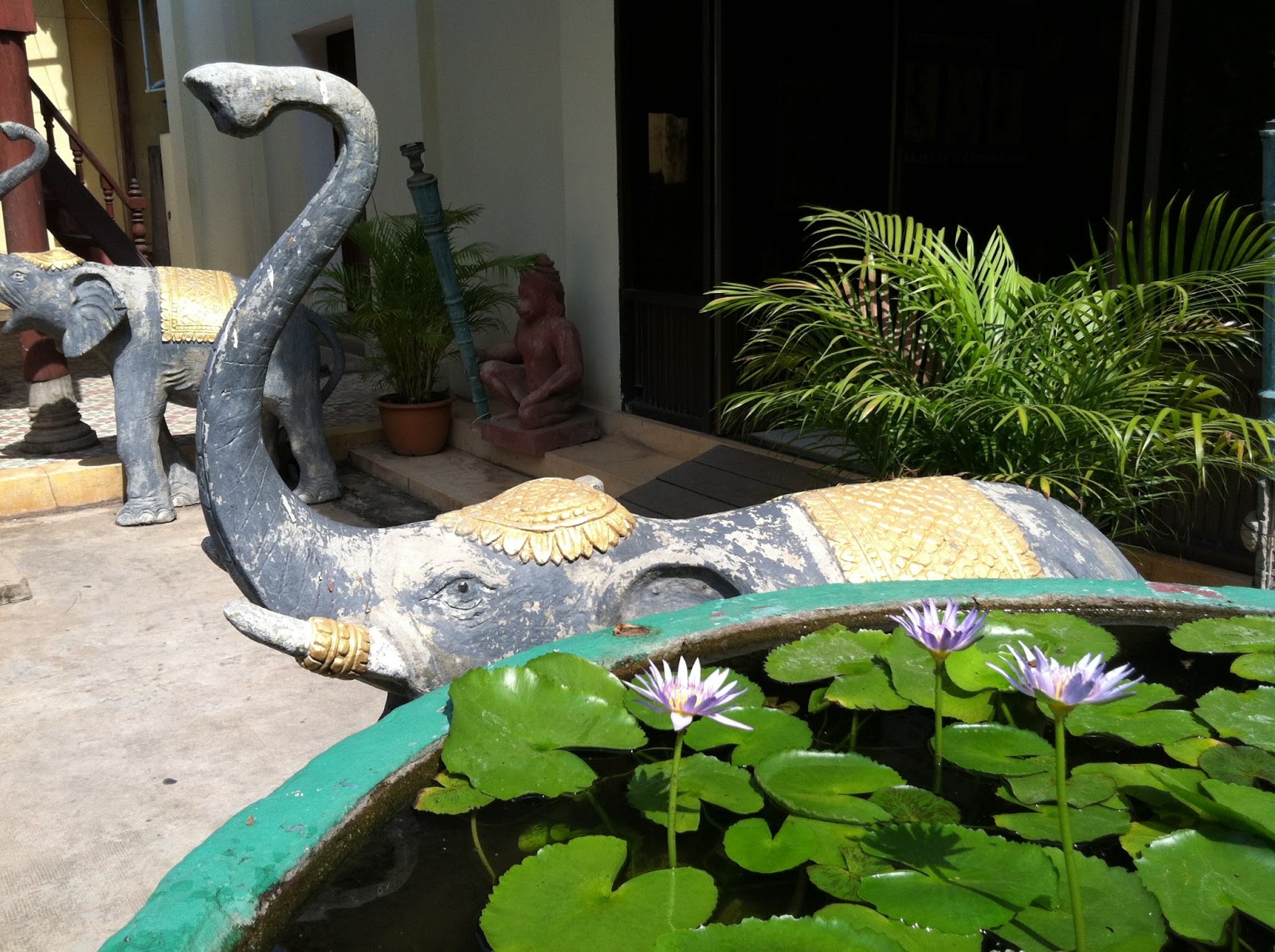