So Lauren and I walk into the local pub last night, and the first person we meet spent the last three years in Great Falls. Small world. He's from Belfast, the second man I met from Belfast yesterday that left the city because of The Troubles.

The first was Tom, who was staying at our B&B. His father was a Protestant of the Orange Order until he met Tom's mother, a Catholic. It's what they call "reduction by seduction" over here. According to Tom, that refers not only to a reduction in numbers of Protestants, but also to a reduction in some artificial pure Protestant blood line. Tom came of age during The Troubles, and left Belfast because he didn't think he could stay any longer without "getting involved," and he didn't want to do that to his parents. "Everyone I grew up with either died fighting or left...when I go home the only people to visit are in graveyards." Tom left Belfast for West Africa, and after three years ended up in London, where he settled. Along the way he met his partner, David, an Englishman who spent some time in his youth in the states, and was drafted to fight in Vietnam. So, I learned a bit of U.S. history as well, that men visiting the U.S. on Green Cards were drafted into service - amazing. 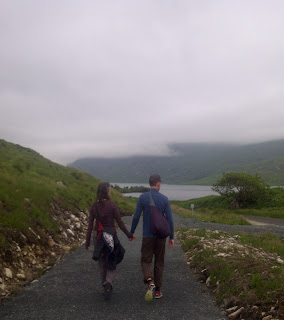 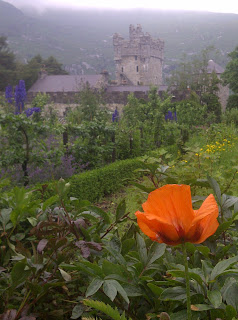 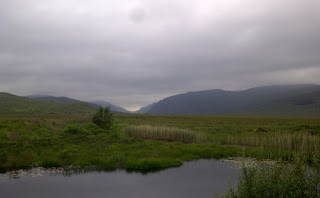 Today we are touring the northern coast, hoping to find a traditional music festival that is rumored to be taking place in the village of Dunfanaghy...