What timing - first we were in Belfast with the Queen; yesterday we were in Dublin for Pride. Here's a sampling: 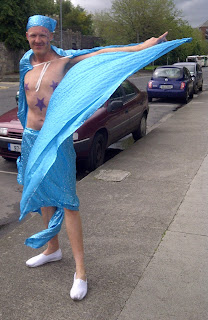 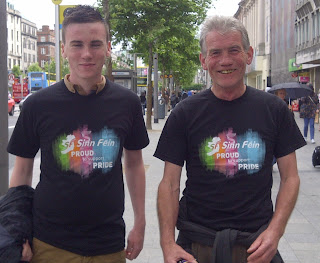 I said goodbye to Jenae, and welcomed my family for the remaining three weeks. Today we visited the Glencree Centre for Peace and Reconciliation. The actual physical location has quite a history. It has been a barracks, a children's reformatory (with a brutal past), a hostel, and now a peace centre. For many years they brought Northern Ireland families from Protestant and Catholic backgrounds to holiday at the centre at no charge, contingent only that they interact. They have held and facilitated workshops for former combatants and victim's families, providing a neutral space for people to come together. Since the Good Friday Peace Agreement the work in Ireland has dwindled, and they are doing more work internationally. This is the case for a number of organizations; apparently there grew quite a "peace industry" in Ireland, North and South, that has proved unsustainable. Though it was clear from my first two weeks in the North that much work remains, the urgency is gone. Raises many of the questions we in the non-profit sector  grapple with at home: How do we sustain our work? How do we keep our work relevant - especially when things appear to be getting better?

As I am now travelling by car I am getting to experience the Irish countryside. It is stunning. Lauren has quickly adapted to left side of the road driving, on ridiculously narrow roads that appear at times to be more like paved paths. No stripes, no signs, just tar. So far, people in these rural towns seem very far removed from the North. I've talked with a handful of folks who have lived their whole lives here, traveled abroad, and never visited Northern Ireland (less than 3 hours away), "because of the troubles." 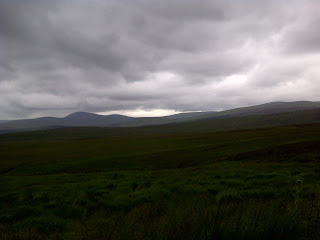 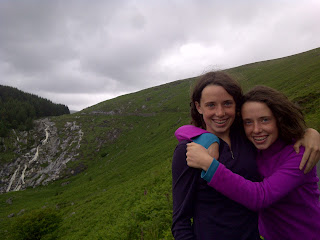 My family has walked down the road to a little pub to watch the Italy-Spain match...time to join them!